There is a new plan for the center of this city, and it manages to learn both from Philadelphia’s own history and from the halting and often failed efforts of other major American cities to control and guide their growth. Perhaps there should be no surprise that Philadelphia has done it right: from the standpoint of urban planning, after all, Philadelphia has long been one of the luckiest cities in the United States.

Thus the new plan, created by Philadelphia’s City Planning Commission, working with the architects Robert Geddes and Robert Brown of the firm of Geddes Brecher Qualls Cunningham, summarizes what we have learned about cities in the last generation, applies it specifically to Philadelphia, and then stands aside. The intent is not to overplan and dictate to architects exactly how their buildings should be designed; it is to set out some basic principles by which the city should grow, and insist that architects accommodate themselves to these guidelines...

The plan tries to balance growth and preservation; this, perhaps more than anything else, marks it as a product of its time... The plan makes specific recommendations about where future skyscraper growth should be... What gives the plan national significance are not these aspects, however, but the urban design priorities it sets. This plan makes the street the primary element in the urban fabric, and this more than anything else sets this plan apart from the last generation’s way of seeing cities.

To say that the primacy of the street is sacred may seem to be to utter a truism — how can you have cities without streets? But the fact is that a whole generation of architects and planners tried to do just that. American cities are full of plazas, malls, arcades, and open spaces of every which kind, most of which have made little sense and have served only to heighten the sense of distance and isolation people feel from downtowns...

New buildings in Philadelphia will be required to be built out to the street, then, and will break away from the modernist notion of towers set behind plazas. There are also provisions dictating the design of open space … and there are recommendations that buildings have maximum retail shopfronts on the street level and that architectural elements emphasize the entrances to large buildings.

The plan also recommends that the city make a special effort to preserve the delicate balance of large and small-scale buildings along Chestnut and Washington Streets, strong retail streets that run parallel to Philadelphia’s spine of skyscrapers, and which could easily disappear for more towers. And, in one of its most inventive and specific prescriptions, the plan urges that important “view corridors” toward Philadelphia’s City Hall be maintained.

It is a plan that consists, admittedly, more of little elements than of great, bold strokes - not because big strokes do not matter, but because in Philadelphia, they were there already. The city’s planners have come to realize that it is only through a combination of fine tuning and grand gestures that cities are made civilized. Philadelphia was lucky when William Penn saw it in terms of squares, and it was not unlucky when Edmund Bacon came to see it mainly in terms of systems. Now, as Robert Geddes views the city in terms of streets, it is lucky again. - Paul Goldberger, The New York Times 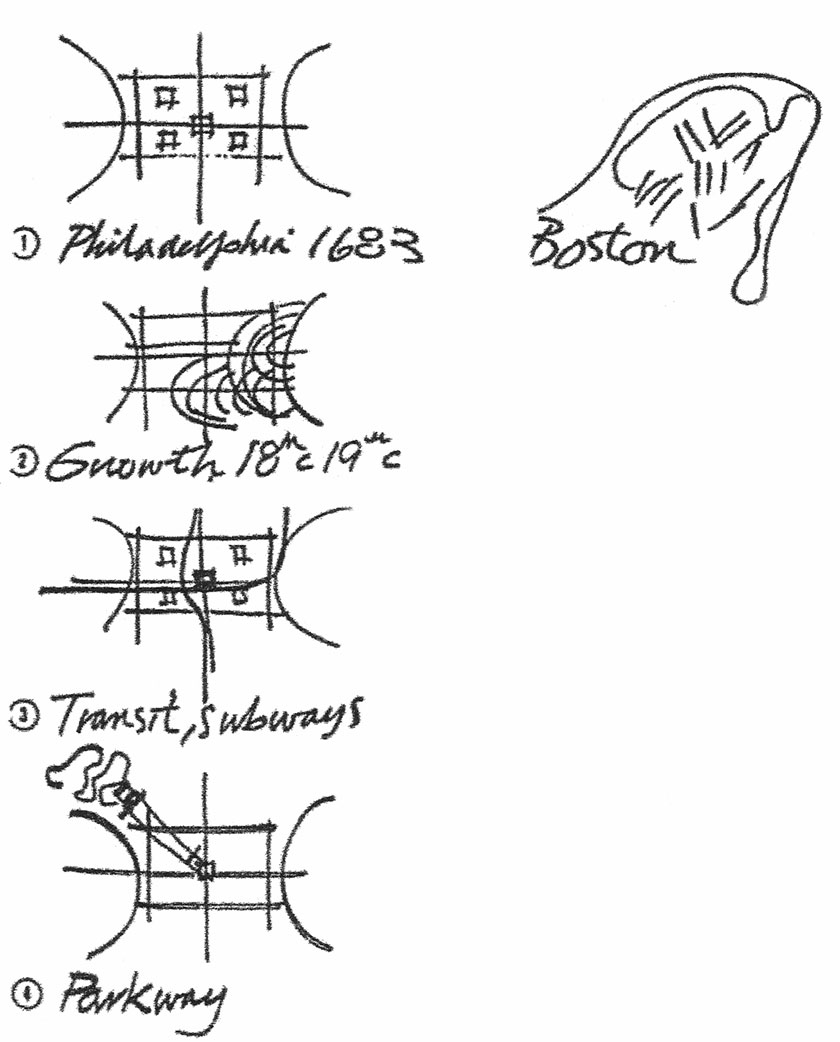 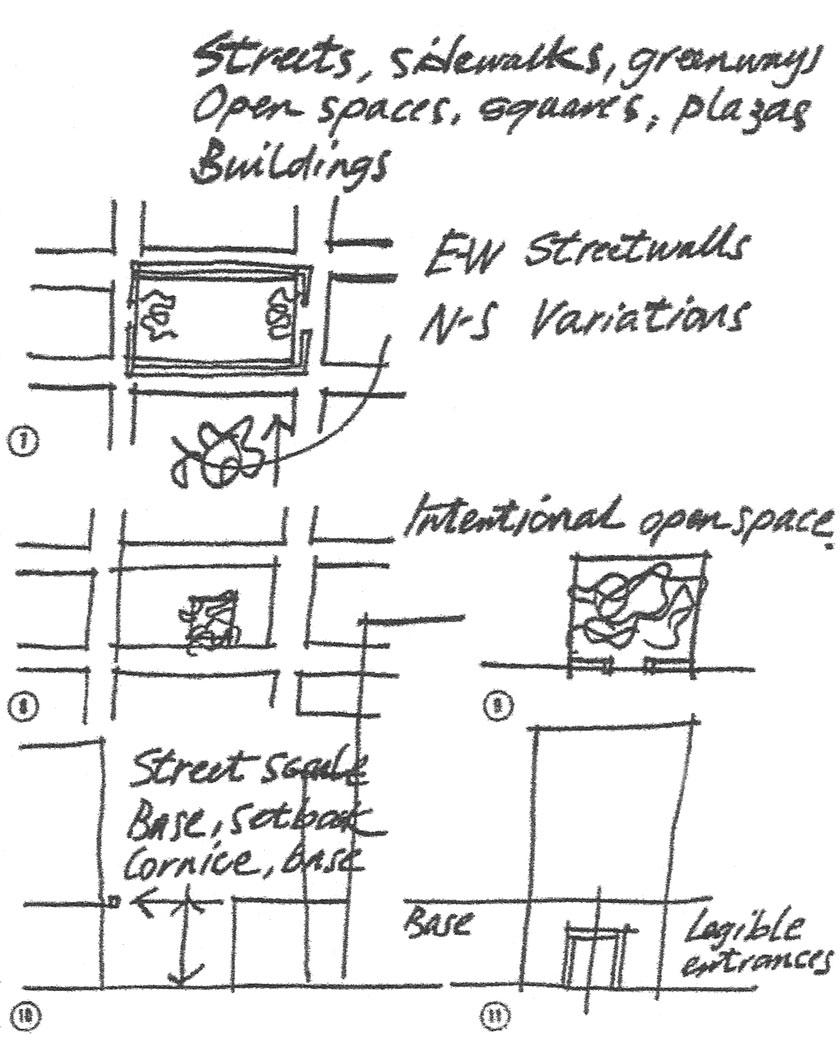 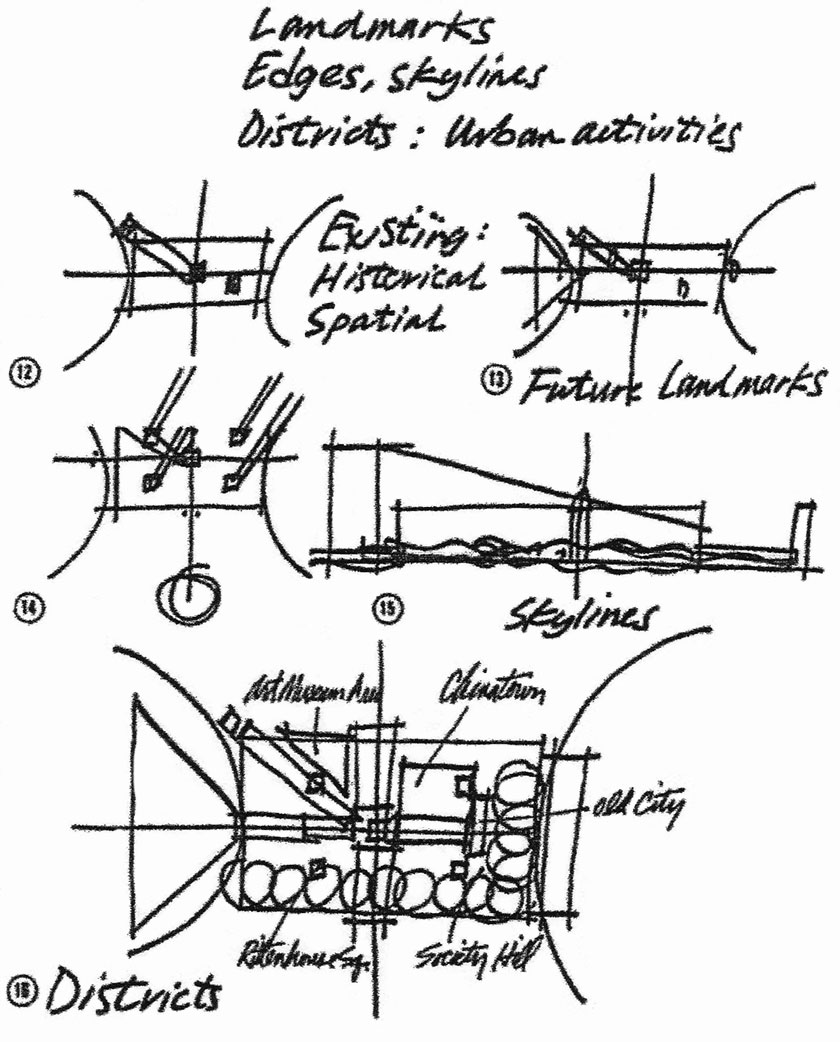 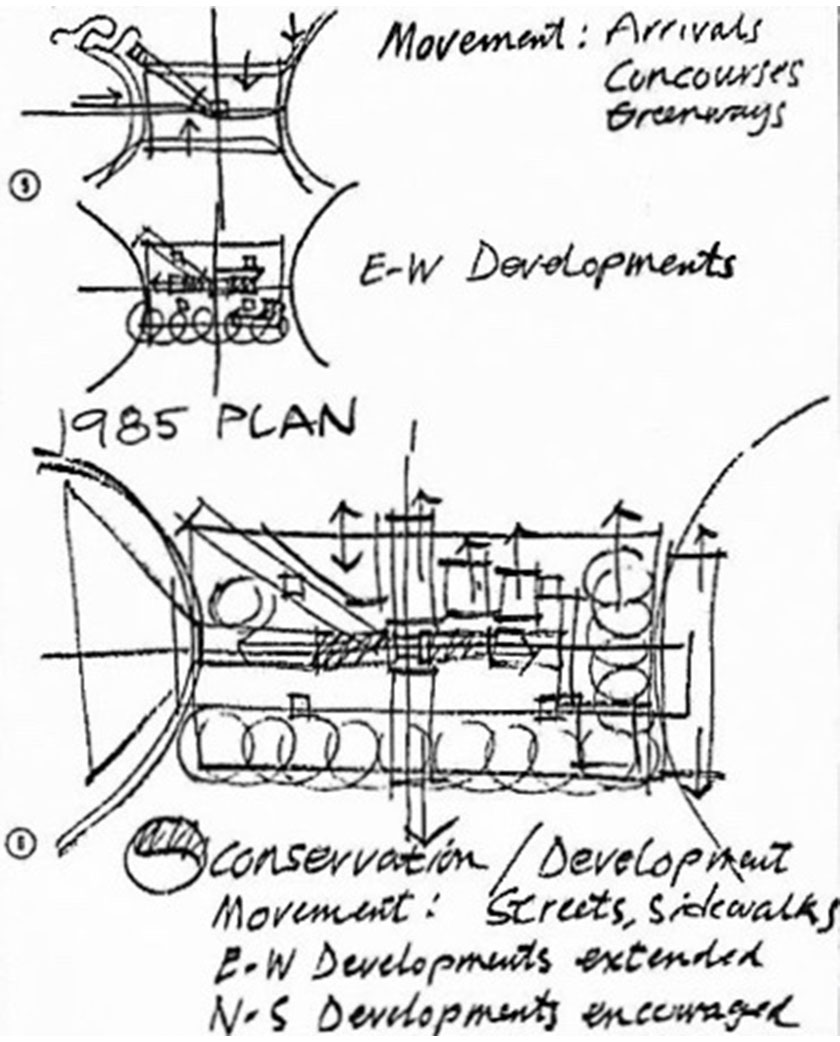