This urban state park, the first of a new breed, has been designed by the architectural firm of Geddes, Brecher, Qualls, Cunningham and landscape architects Zion and Breen. Liberty Park involves the environmental design of one of the prime geographic sites of the region — or for that matter, anywhere — and the local, regional and national impact of a carefully and quite beautifully planned open space development. What is evident in both the plan itself and the understanding of its potential effect on everything around it, from the quality of life in Jersey City on one shore to the future of Battery Park City on the other shore, is, in a word — that very unpopular word — vision.

Consider, first, the site: 800 acres on the water edge of the New Jersey side of New York Harbor, directly facing two national monuments, the Statue of Liberty and Ellis Island, with spectacular views of the Lower Manhattan skyline, the port's great bridges and the sweep of the bay. No more dramatic vista exists anywhere.

Consider, also, that this is to be a waterfront park in the heart of the heavily populated New York‐New Jersey metropolitan region. And that it is at least the size of New York’s Central Park, with equivalent powers of dramatic land transformation, and equal significance for future generations. In addition to restful, green open space for an urban constituency, there will be active recreation areas that use both land and water facilities. Historic preservation, in the recycling of an existing, unused railroad terminal for an information center and public events, further enriches the mix.

Liberty Park is a new kind of park, which strives not only for pastoral beauty and waterfront pleasures, but for a balance of environmental, ecological, recreational and cultural concerns. Like everything else, open space design has become much more sensitive and sophisticated, and more responsive to a variety of complex factors and needs. This approach builds on Olmsted’s superb understanding of the artfully bucolic that combined the refreshment of nature with simple social activities. It goes beyond the large‐scale recreation areas and trees and playing fields of the Moses era, although it is good to remember that the great park‐beaches were visionary in their day.

This park deals with everything from earthworks to ecology. In the words of its chief designer, Robert Geddes, it combines architectural form, social content and natural environment for a public urban landscape. - Ada Louise Huxtable, The New York Times 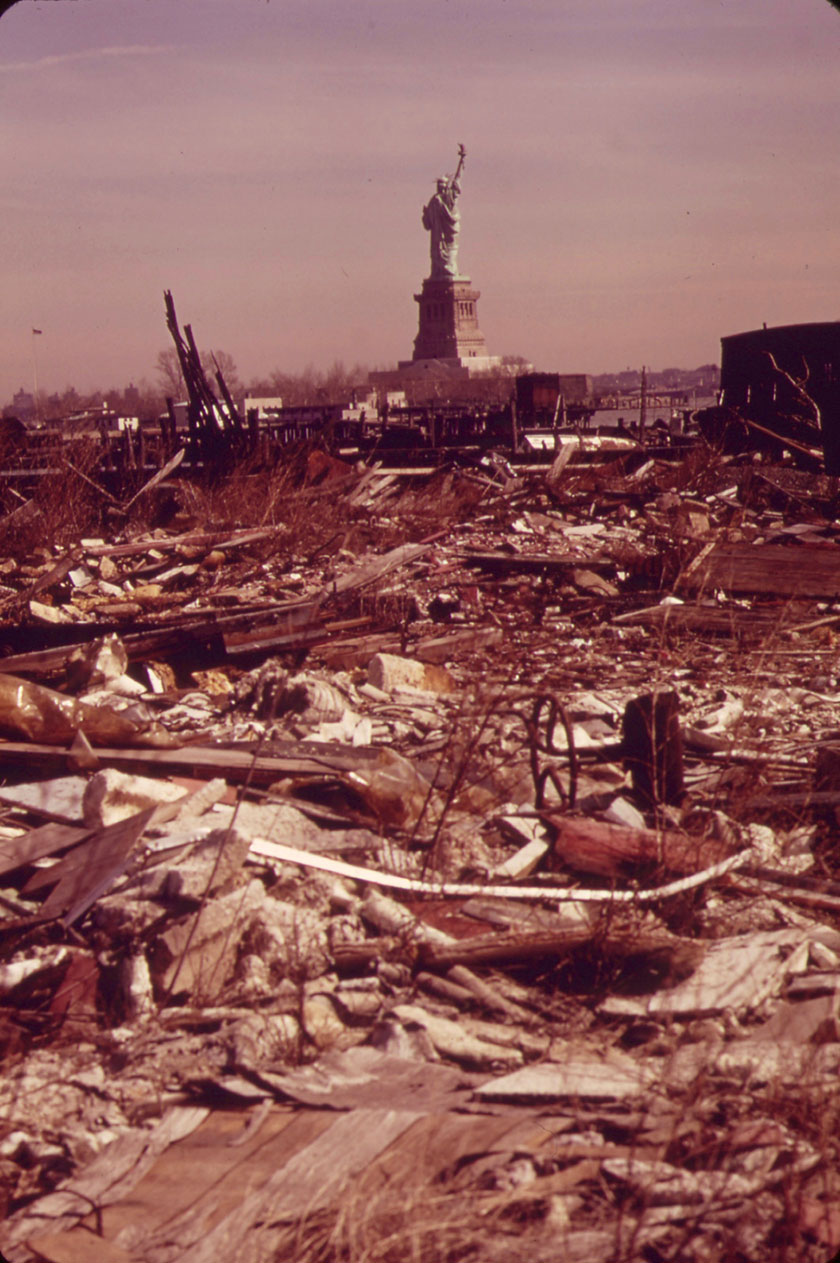 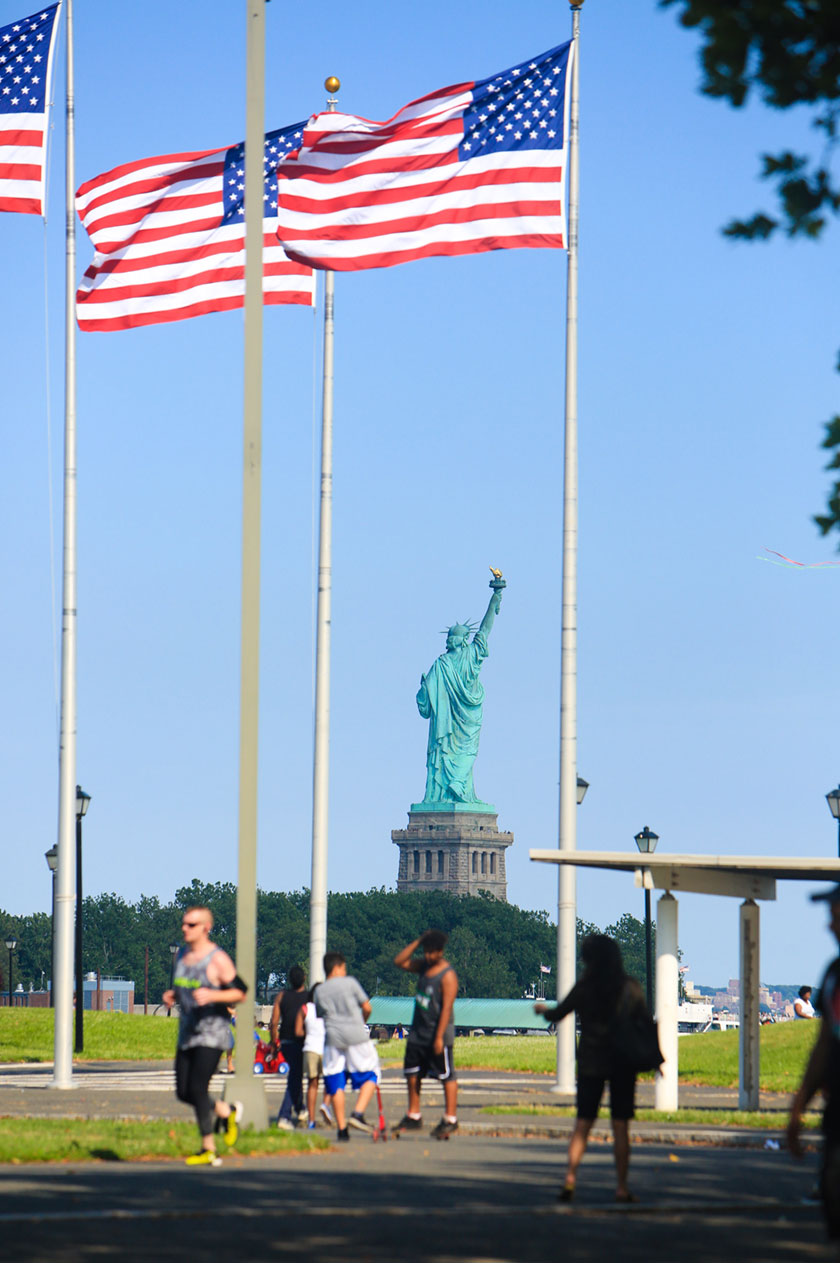 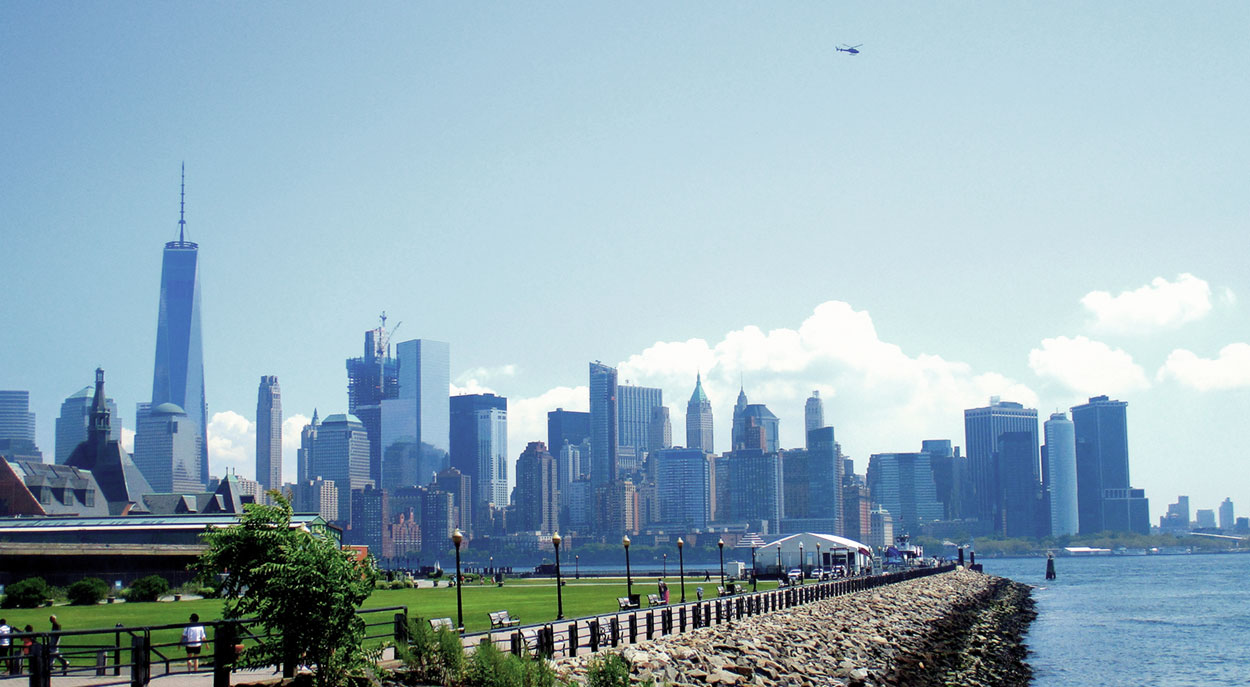 “Last year, I was asked to look at the site for the proposed Liberty Park. I was amazed by its wild beauty, and was then asked if I would serve on a committee as an advisor for the selection and placement of sculpture for the future park [along with] George Segal be the other member of the committee. We met several times to familiarize ourselves with the scheme, the proposals, and to discuss our views about the use of sculpture in such a magnificent setting...

For me the sea-wall, more than any other physical feature, gives the Park its identity. This is true not only of the internal area of the Park itself, but of the image which the Park would present to the entire bay area. Aside from the magic of its tall towers, the area presents little in the way of consciously created form. Our splendid array of bridges provide a glorious exception...

But all of these things, these monuments, have been built primarily out of necessity, out of utility. There is little that is built out of pure spirit, for edification and enjoyment. The crescent sea-wall would create such a delight. I don't know who was responsible for this visionary concept. I do know that it would provide an unforgettable impact.” - Letter from Tony Smith, sculptor, to Brendan T. Byrne, Governor of New Jersey, July 31, 1979

“Your sea wall could be the best thing in the state!”- Letter from Tony Smith, sculptor, to Robert Geddes, September 9, 1979 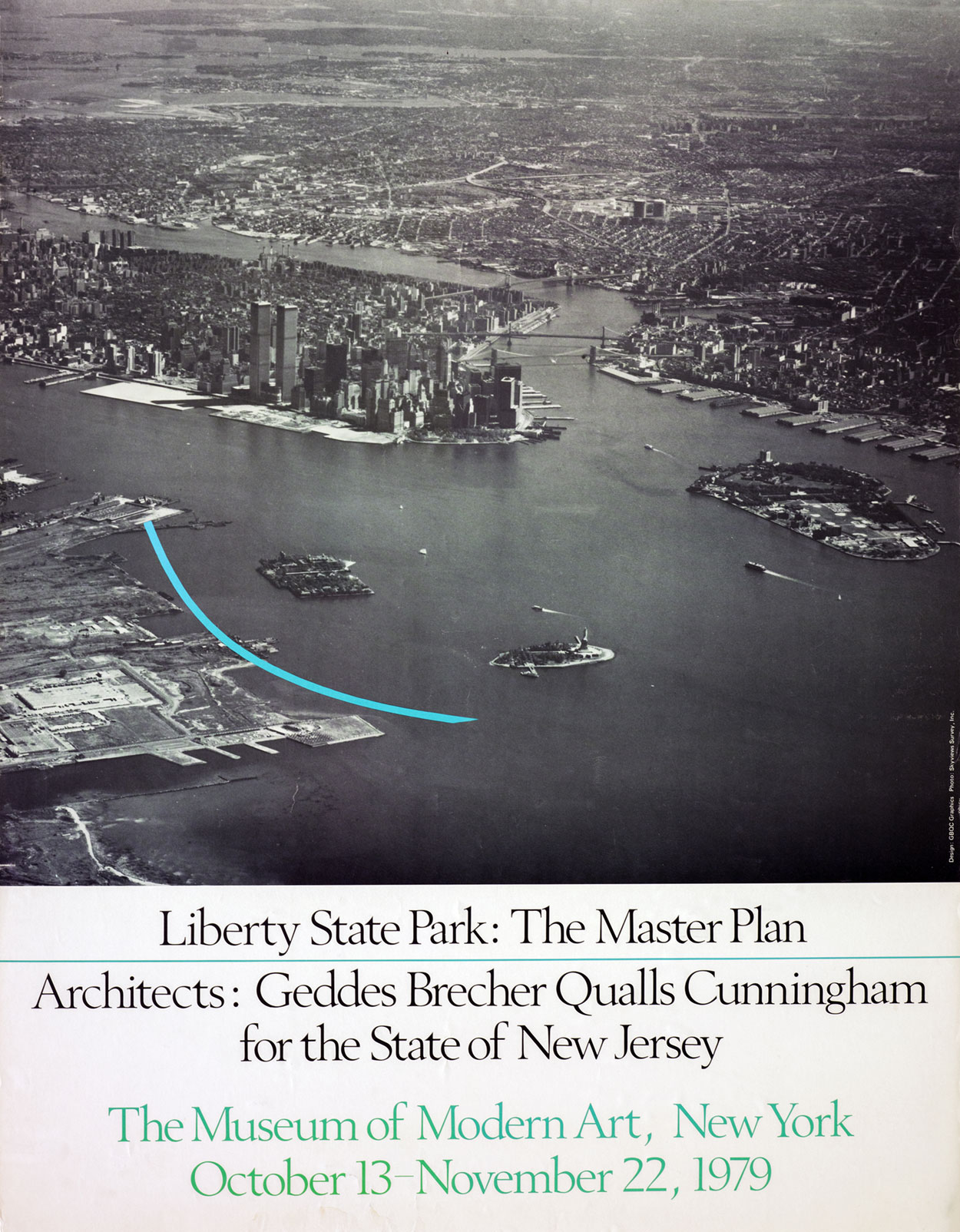 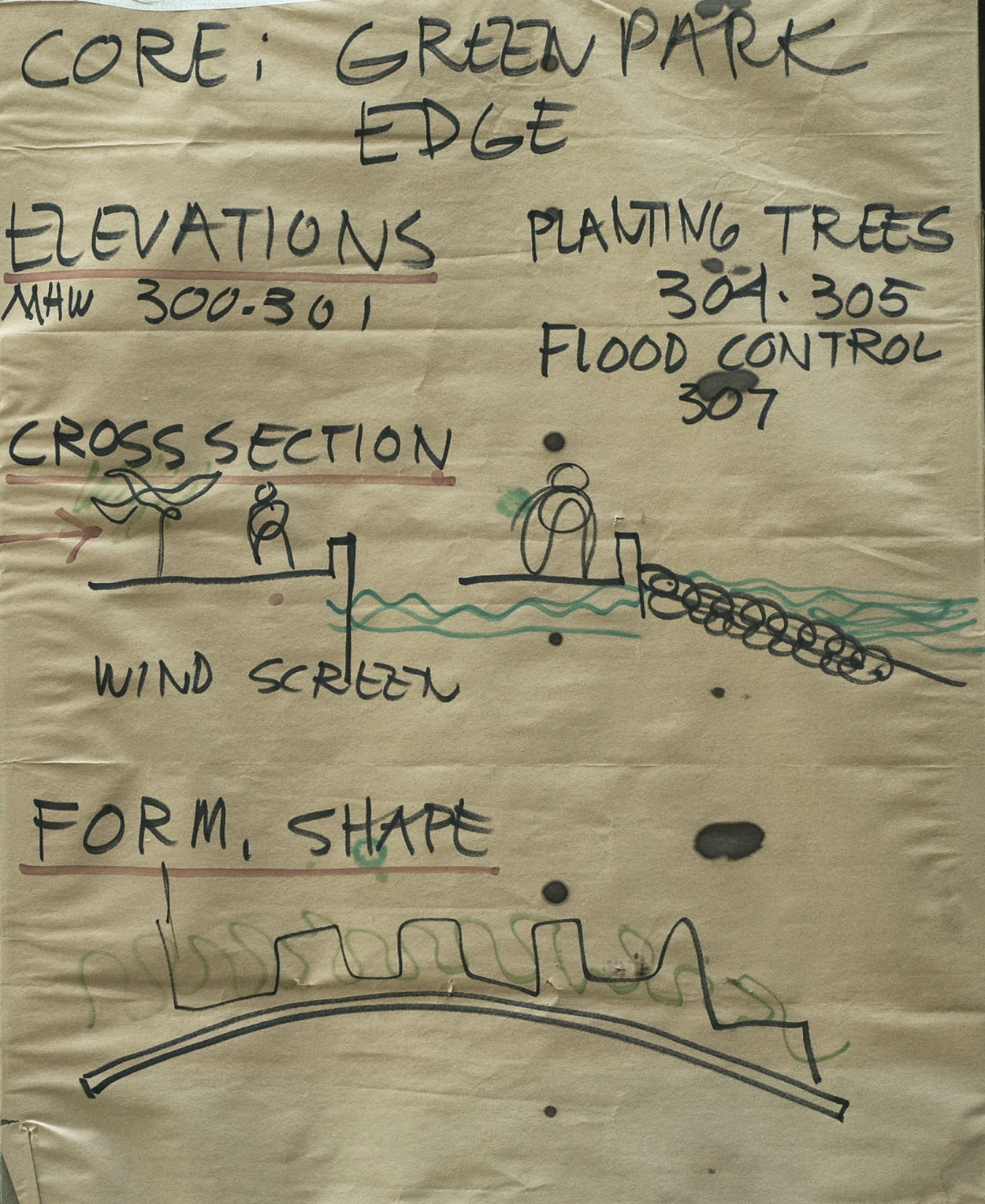 Drawing created by Robert Geddes during a presentation to David Bardin, State of New Jersey Commissioner of Environmental Protection, highlighting the key elements that would be included in the Liberty State Park master plan: (i) a green park and (ii) an arc-shaped sea walk facing New York Harbor and Lower Manhattan. 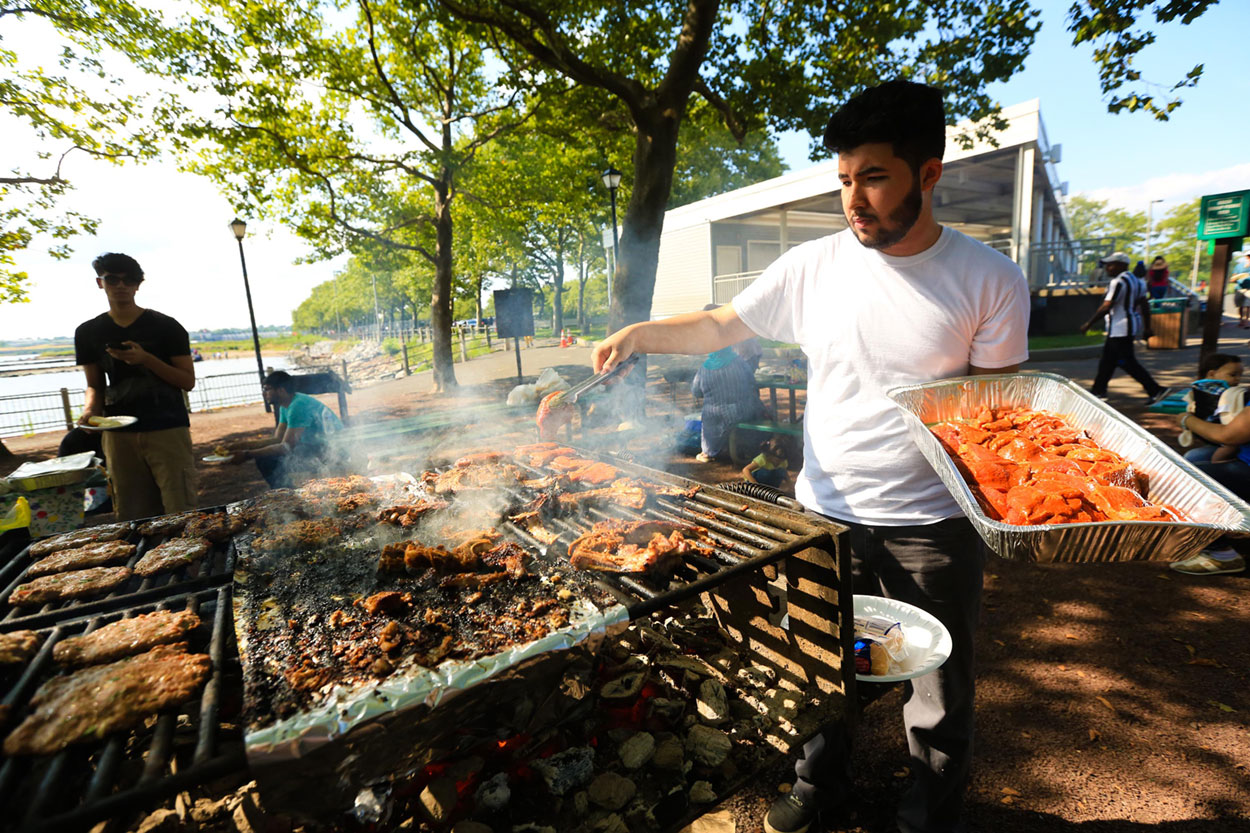 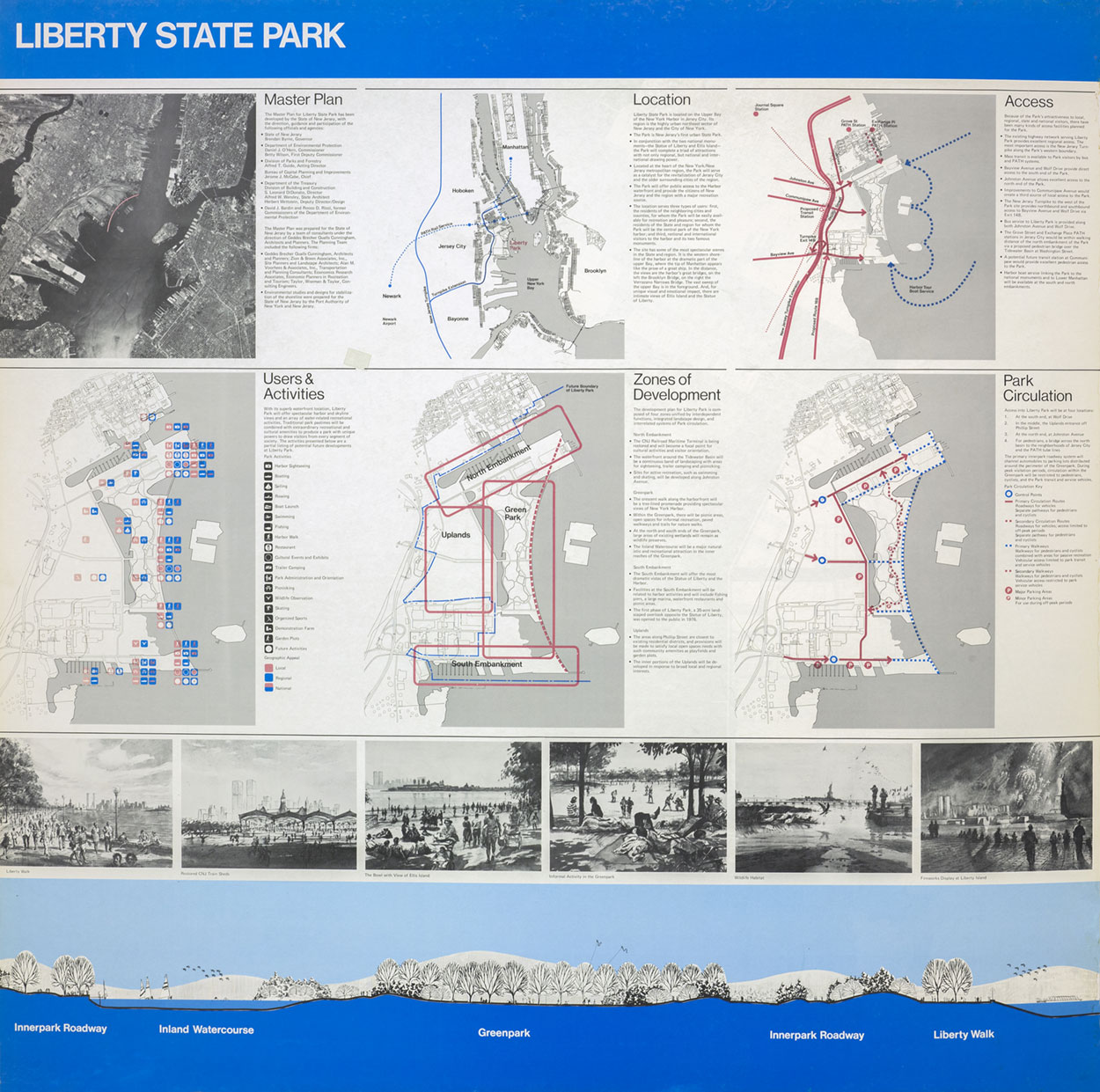 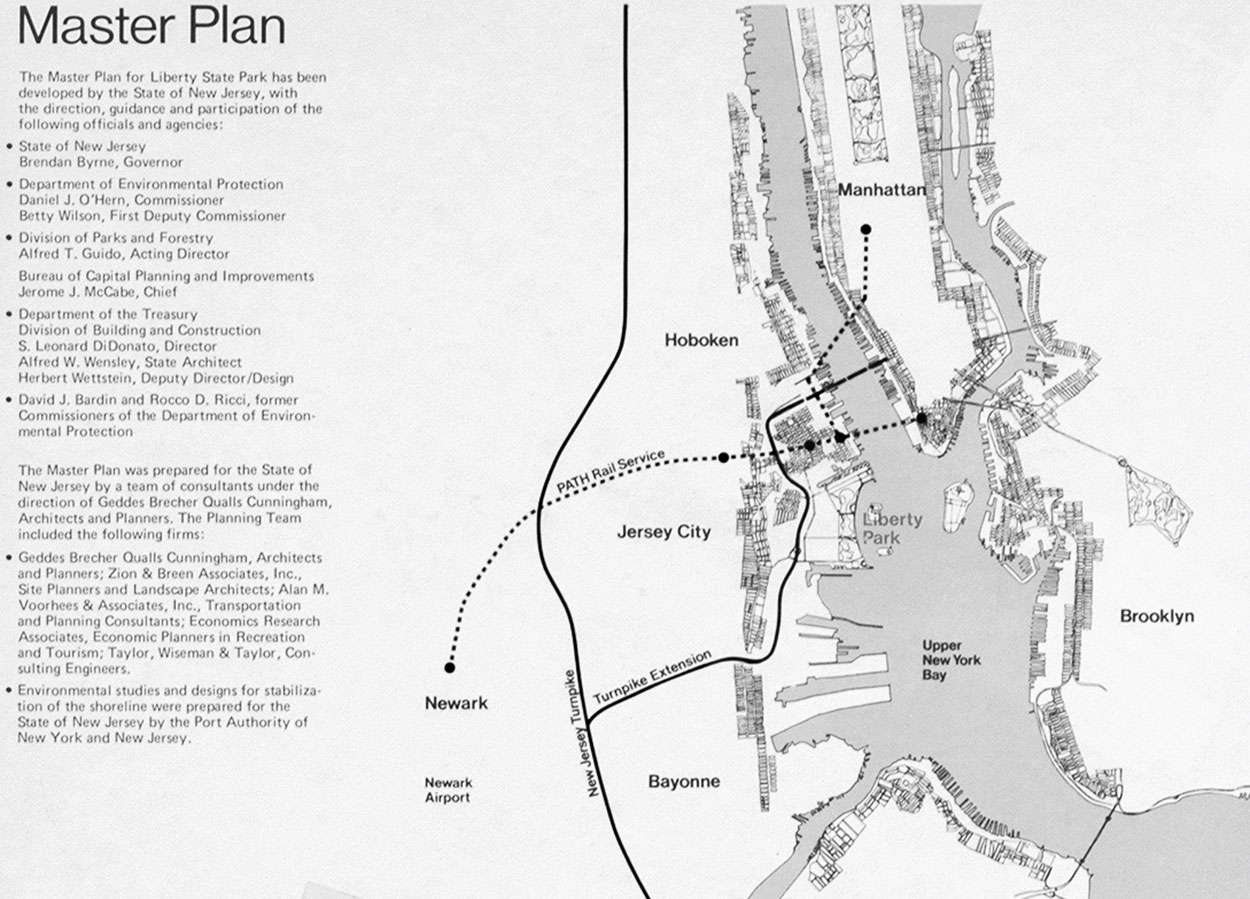 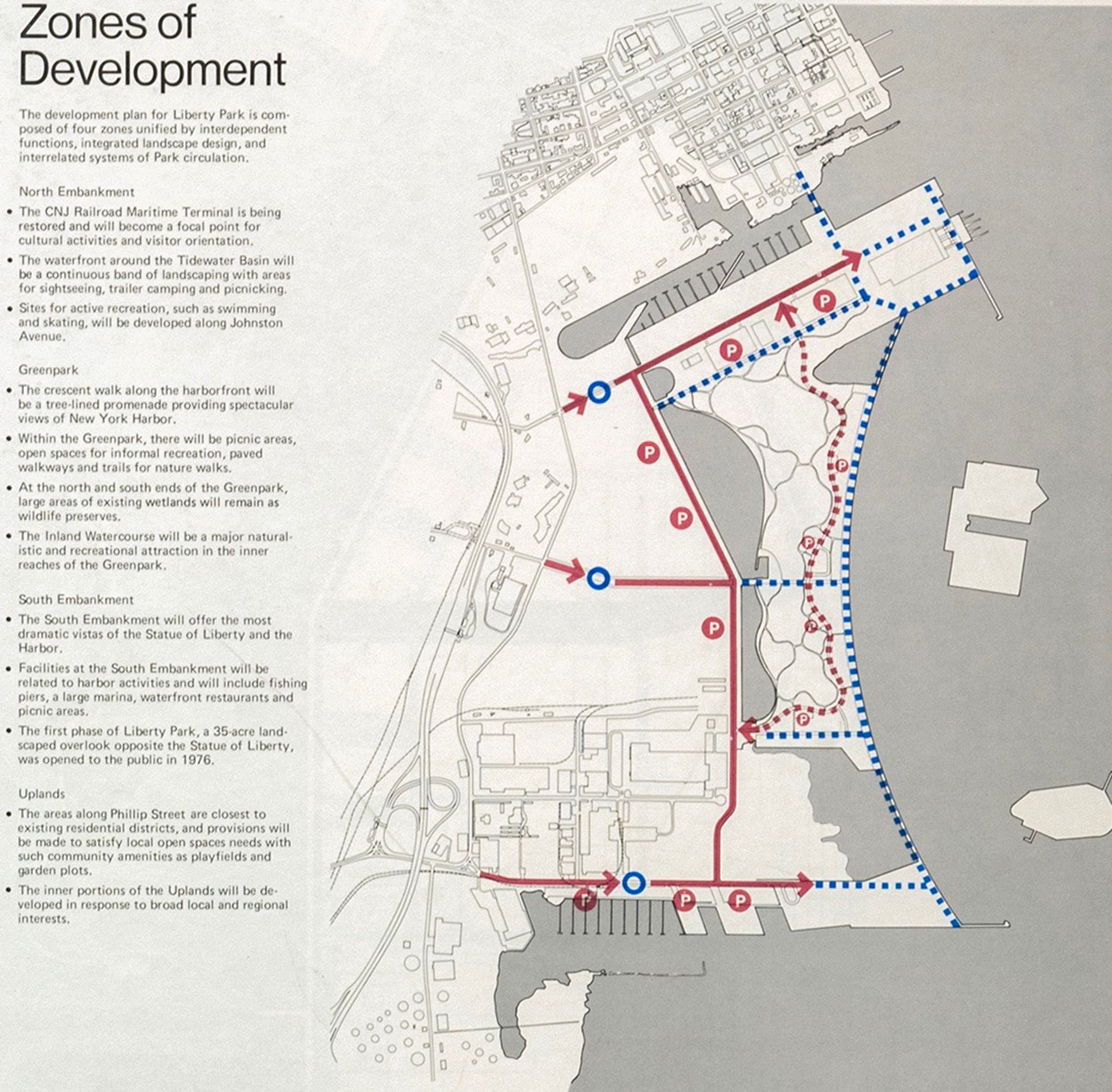